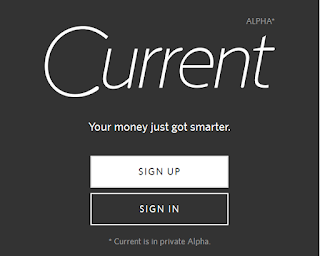 As the first Front End Engineer, you will be building a mobile first, responsive front end using Facebook React. You will be joining a small engineering and design team dedicated to building exceptional experiences. You will be joining Current, an Expa company in NYC, at an exciting time and will benefit from an amazing peerset of personnel and companies.

Current is excited to offer a full-time role with comprehensive medical, dental, and vision insurance. We offer a competitive base salary a meaningful equity component.

Current is a fintech company based in NYC building the next generation of financial services, identity and products for consumers. Current’s mission is to become an efficient, fair, global alternative to existing banks, financial systems and cash.

Expa is startup studio, a company that creates new companies. We partner with founders to create new products and services, and build teams to scale them as independent companies. We focus on just a few products at at time, creating new businesses that will improve people’s lives.
After 10 years designing and building consumer services, the Expa team has identified many techniques that help create successful companies. We help companies avoid common pitfalls in early-stage ventures, and actively remove roadblocks along the way.

adjective
1.passing in time; belonging to the time actually passing: the current month.
2.prevalent; customary: the current practice.
3.popular; in vogue: current fashions.
4.new; present; most recent: the current issue of a publication.
5.publicly reported or known: a rumor that is current.
6.passing from one to another; circulating, as a coin.
7.Archaic . running; flowing.
8.Obsolete . genuine; authentic.

noun
9.a flowing; flow, as of a river.
10.something that flows, as a stream.
11.a large portion of air, large body of water, etc., moving in a certain direction.
12.the speed at which such flow moves; velocity of flow.
13.Electricity . electric current.
14.a course, as of time or events; the main course; the general tendency.

Example Sentences
Among the grim catalog of predictions is that the current top two killers-heart disease and stroke-will hold on to their rankings.
The line had softened under the heat of the high current coursing through it.
The current economic malaise will increase the pressure on companies to become more efficient.
張貼者： J. T. Yu 於 上午9:07 沒有留言:

Two such silver currents, when they join,
Do glorify the banks that bound them in. --Shak.
[1913 Webster]

The surface of the ocean is furrowed by currents,
whose direction . . . the navigator should know.
--Nichol.
[1913 Webster]

2. General course; ordinary procedure; progressive and
connected movement; as, the current of time, of events, of
opinion, etc.
[1913 Webster]

{Current meter}, an instrument for measuring the velocity,
force, etc., of currents.

{Current mill}, a mill driven by a current wheel.

{Current wheel}, a wheel dipping into the water and driven by
the current of a stream or by the ebb and flow of the
tide.

To chase a creature that was current then
In these wild woods, the hart with golden horns.
--Tennyson.
[1913 Webster]

3. Passing from person to person, or from hand to hand;
circulating through the community; generally received;
common; as, a current coin; a current report; current
history.
[1913 Webster]

Your fire-new stamp of honor is scarce current.
--Shak.
[1913 Webster]

O Buckingham, now do I play the touch
To try if thou be current gold indeed. --Shak.
[1913 Webster]

{Current money}, lawful money. --Abbott.
[1913 Webster]
資料來源(11): WordNet (r) 3.0 (2006) [wn]
current
adj 1: occurring in or belonging to the present time; "current
events"; "the current topic"; "current negotiations";
"current psychoanalytic theories"; "the ship's current
position" [ant: {noncurrent}]
n 1: a flow of electricity through a conductor; "the current was
measured in amperes" [syn: {current}, {electric current}]
2: a steady flow of a fluid (usually from natural causes); "the
raft floated downstream on the current"; "he felt a stream of
air"; "the hose ejected a stream of water" [syn: {current},
{stream}]
3: dominant course (suggestive of running water) of successive
events or ideas; "two streams of development run through
American history"; "stream of consciousness"; "the flow of
thought"; "the current of history" [syn: {stream}, {flow},
{current}]
資料來源(12): his file was converted from the original database on: [foldoc]
ng with his computer.

2. Someone who uses the {World-Wide Web} to indulge their
hyperchondria.

2. Incomprehensible stuff embedded in e-mail.
資料來源(13): Bouvier's Law Dictionary, Revised 6th Ed (1856) [bouvier]
CURRENT, merc. law. A term used to express present time; the current month;
i.e. the present month. Price current, is the ordinary price at the time
spoken of. A printed paper, containing such prices, is also called a price
current.
2. Current, in another sense, signifies that which is readily received;
as, current money.